Home » Neuroplasticity: Can Chiropractic Help the Brain Change Itself? 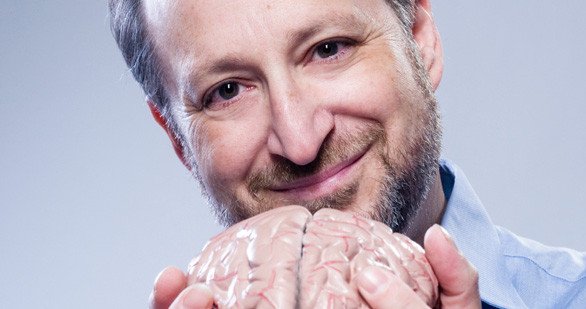 of the same name. One of the most influential stories involves the Arrowsmith teaching program, which happens to be the subject for Fixing My Brain.

It brought back memories of what I had learned at Life Chiropractic College West as the science of chiropractic benefits greatly as our understanding of neuroplasticity grows. It also reminded me of some of the personal struggles I had to learn some of the difficult subject matter at all levels of my school career. Luckily for me I recognized my learning differences and managed to figure out how I learned on my own. This could be the reason why I have such a major interest in the subject of The Arrowsmith School, so children with learning differences can overcome their difficulties before they are labeled and cast aside.

Neuroplasticity is a simple word to explain that our brains are malleable, and continue to change throughout our lifetimes based on our experiences. This may seem like common sense, but not until recently has the medical community validated the potential of an ever changing brain. This change in perception should end up effecting the medical standard of care in the fields of neurology, psychiatry, and psychology.

While at LCCW, we focused heavily on the study of neurology. This focus translated into a better understanding of each person who sought our help, and gave us a level of certainty when choosing to adjust a specific spinal segment.

Over time, the chiropractic adjustment acts as an impulse which effects the neurology of the body and neuroplasticity of the brain. I remember seeing this specifically in a case study presented at LCCW from a student clinician, where he used specific chiropractic adjustments to retrain a patients brain following a severe stroke. The patient in question regained full range of motion in his left arm and hand, as well the ability to speak by 80%. This was done over a six month period.

Examples used in The Brain That Changes itself include The Arrowsmith program, but also give amazing examples which are broken down by the New York Times in this article:

For patients with brain injury, the revolution brings only good news, as Dr. Doidge describes in numerous examples. A woman with damage to the inner ear’s vestibular system, where the sense of balance resides, feels as if she is in constant free fall, tumbling through space like an ocean bather pulled under by the surf. Sitting in a neuroscience lab, she puts a set of electrodes on the surface of her tongue, a wired-up hard hat on her head, and the feel of falling stops. The apparatus connects to a computer to create an external vestibular system, replacing her damaged one by sending the proper signals to her brain via her tongue.

But that’s not all. After a year of sessions with the device, she no longer needs it: her brain has rewired itself to bypass the damaged vestibular system with a new circuit.

A surgeon in his 50s suffers an incapacitating stroke. He is one of the first patients to enroll in a rehabilitation clinic guided by principles of neuroplasticity: his good arm and hand are immobilized, and he is set cleaning tables. At first the task is impossible, then slowly the bad arm remembers its skills. He learns to write again, he plays tennis again: the functions of the brain areas killed in the stroke have transferred themselves to healthy regions.

An amputee has a bizarre itch in his missing hand: unscratchable, it torments him. A neuroscientist finds that the brain cells that once received input from the hand are now devoted to the man’s face; a good scratch on the cheek relieves the itch. Another amputee has 10 years of excruciating “phantom” pain in his missing elbow. When he puts his good arm into a box lined with mirrors he seems to recognize his missing arm, and he can finally stretch the cramped elbow out. Within a month his brain reorganizes its damaged circuits, and the illusion of the arm and its pain vanish.

The most amazing part of each story is that each expert stresses the brain to promote the change they are looking to accomplish. For some it is touch, some others it’s repetition, and visual stimulus for another group. This again, made me think about the chiropractic adjustment as a premier way to provide a stimulus to the nervous system in order to effect neuroplasticity of these same cases.

When using the example of the Arrowsmith School, they focused on the repetitive stressing of areas of the brain that are determined weak. This includes the use of visual components of reading a multi-handed clock, symbol tracing, and recognizing visuals cues. Instead of making these struggling students go towards their academic strengths, each student is forced to utilize the side of their brain that is weakest. This is accomplished by covering the eye related to the strong side of the brain, and literally exercising the brain like you would a weak bicep.

As my wife finishes her master’s degree in early childhood education, I like to imagine a place where parents in Seattle have access to such a program for their struggling student. I realize there are programs, but most are focused on accepting a disability and not attempting to rewire their pliable brains so it goes away. Permanently.

When I saw this I wondered if the same stimulation could be used via the other senses of touch while using less used cortical stimulus via the cranial nerves. Could smell or aromatherapy used via the olfactory nerve? Could a chiropractic adjustment be used to effect a certain spinal tract and relay the impulse to a weak area of the brain?

Some of these questions are rhetorical as I already know the answer, but it is a shame that only small niche groups of Chiropractors strictly focus on the brain as it relates to neuroplasticity. Yes, many of us are creating this positive response via the adjustment, but there could not be a better time to educate our patients on the subject. Now could be the time to ask the public to send it patients who have struggled with brain injuries, learning difficulties and strokes.

Currently for me, it is a reminder to keep learning about my profession so I can better help each and every member of my practice. I also want the ability to refer patients and their children to the proper professional if they are struggling with learning differences, so these differences do not become disabilities.

Chiropractic is amazing, and there is no better time to be or see a Chiropractor.

For those interested I have also included a short presentation by Dr. Doidge.