Home » Is a homebirth safer than a hospital birth? 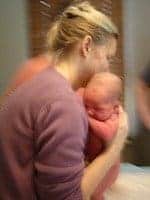 Lately, I have been spending a lot of time thinking about how constant the role that “sickness” plays in our daily lives. As a chiropractor raised in a family of chiropractors, I have become immune to much of the hype that hits us via the media. However, as a relatively new parent I am now often exposed to such fears from other parents and families who we meet in our own community.(I am currently working on a post about this exact subject.) With this in mind, Kate and I have been preparing for our second homebirth. While the vast majority of our friends and family have no issue with it, we are continually surprised as the reactions we get when we mention our homebirth choice to other couples. Dr. Jeanne Ohm, D.C., executive director of the International Chiropractic Pediatric Association recently posted a great audio interview covering the topic of a homebirth, so I thought I would also share that. I have been a little surprised at my reluctance when mentioning our homebirth choice, since I do no not have as much interest in defending my point of view as I used to. Realizing that your time is a very limited resource will do that. So I have done my best to collect some information regarding the actual statistics involving the safety and outcome measures of homebirths. 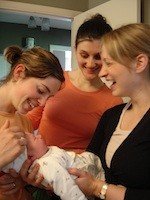 “So far, the largest and most complete study on the comparison of hospital birth outcomes to that of homebirth outcomes was done by Dr. Lewis Mehl and associates in 1976. In the study, 1046 homebirths were compared with 1046 hospital births of equivalent populations in the United States. For each homebirth patient, a hospital-birth patient was matched for age, length of gestation, parity (number of pregnancies), risk factor score, education and socio-economic status, race, presentation of the baby and individual major risk factors. The homebirth population also had trained attendants and prenatal care.” 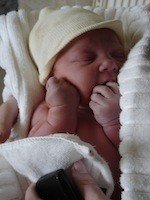 The infant death rate of the study was low in both cases and essentially the same. There were no maternal deaths for either home or hospital. The main differences were in the significant iimprovement of the mother’s and baby’s health if the couple planned a homebirth, and this was true despite the fact that the homebirth statistics of the study included those who began labor at home but ultimately needed to be transferred to the hospital. The conclusions drawn by homebirth and midwifery advocates across the United States are unanimous. For normal maternity care, a homebirth attended by a trained midwife is safer than a hospital birth.

“Every study published shows midwives to be safer than doctors. Every study. No exceptions. If your physician disagrees with this, challenge him or her to produce the data that supports otherwise. They won’t be able to do it. Such data does not and never did exist. In a nutshell, that is the strength of the case for midwifery. It is unanimous. . .[O]ver and over again, throughout history, the data shows that when doctors displace midwives, outcomes get worse.”

Even though the study most of this information is based is from the actual year I was born, 1976, it remains difficult to refute as they made the study groups as equal in every way as you possibly could. 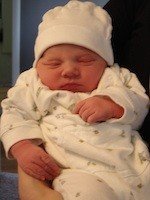 This throws out the argument on why hospital birth statistics are worse due to the enormous amount of high risk pregnancies they come in contact with. This study made sure that did not come into play. The age of the study also made me curious to see if advances in medicine and technology might improve the hospital birth outcomes if this study were to be reproduced today. It didn’t take long for me to hit google to see that U.S. cesarean section rate was 4.5% for low-risk pregnancy in 1965. This number is expected to have ballooned to 30.2% as of 2005.

I do respect those who choose to deliver in a hospital, as a homebirth is not always a perfect choice for some. It would be nice to see some more acceptance that pregnancy is not an ailment that needs to be “taken care of,” and I do not think it is too much to ask for health professionals to show the same level that the statistics show expecting mothers are receiving during a homebirth. I am not afraid to ask for the bar to be held a little higher. Something that I have not seen much coverage on is the inclusion of a Chiropractor in the expecting family’s homebirth team. It is getting much more common to have a midwife, midwife assistance, and doula. Having your family chiropractor on hand is something that cannot always be arranged, but I know most of my colleagues would love the chance to help the mother and child in this process. One of the techniques that can be very beneficial for the mother and child pre and post labour. The Webster Technique decreases intrauterine constraint, resulting in a quicker, less difficult delivery. This technique became prominent after it was discovered that certain adjustments had a high success rate in reversing the position of breech babies.and post labor.

“Dr. Ohm, explained the procedure, “There is no deep tissue massage with this technique. It’s a really light force,” she said. “Chiropractors will check the woman’s sacrum (pelvis bone) and press on different areas to restore balance. They (patients) turn her on her back and check her belly and a round ligament for tightness.” Dr. Ohm continued, “There are no known contraindications or complications to the adjustments. No one’s ever called back to report a problem, and I would definitely be the first to know. Osteopathic studies have shown the adjustments reduce labor time and fight dystocia (abnormal or overly long childbirth).”

Our family and team at Queen Anne Chiropractor Center are very excited about our upcoming homebirth, and hope family has a fantastic experience with their birth process.